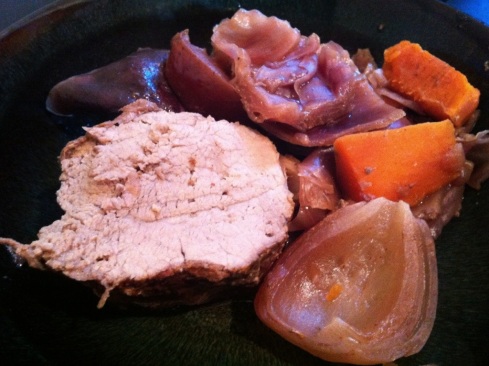 Weekend crock pot meals are great. The weekend is usually when I’m running around doing errands, getting ready for something social, and sometimes it gets a bit daunting to figure out dinner. This weekend, I had a beautiful eye of round roast that I thawed out, so I decided to make it in the crock pot. It was so big, I actually had to cut it in half to fit. I think normally you cook roasts in the oven to rare or medium rare, but since this is a slow cooked method, even though it’s not pink in the middle, it’s fork tender, and delicious. If i was going to be home all day, I might have thought about using the oven, but I just didn’t have the stay home time for that. The red cabbage and vinegar, gave it a bit of a german inspired flair, while still giving it good ol’ comfort food potential. Actually, the worst thing about this dish, is that it was gone too fast! With 3 lbs of meat between two people, I thought I’d get a few meals out of it. It barely made it to lunch the next day! Oh well…..I’m going to need a bigger crock pot.

Ingredients:
(The Spices are a rough estimate of amounts)

Cook on Low for 8 hours 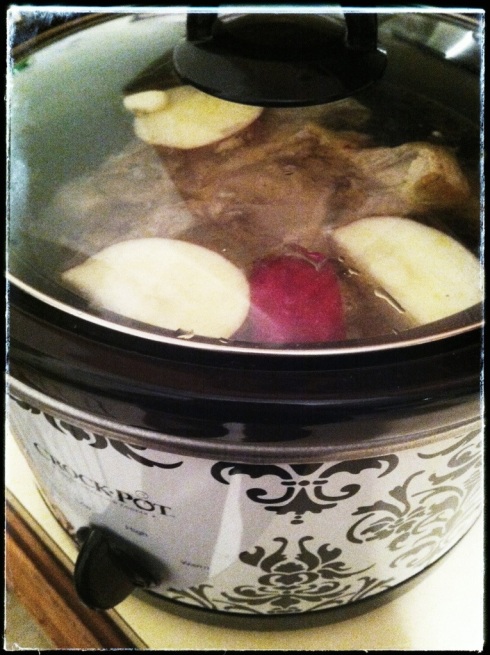