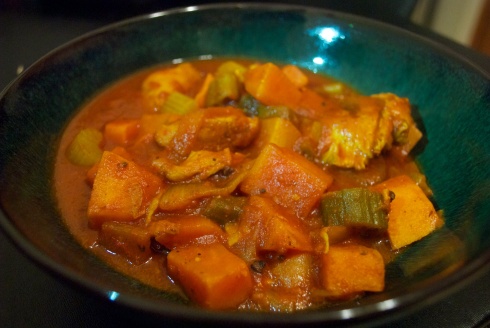 Ok, so the name needs a little work. Open to suggestions!

Fairly often, one of my flavor cravings is indian food. So I decided to make something with a bit of spice and indian flair, my way. It’s not a particular dish, but the heat build up reminds me of a clove heavy vindaloo, which is one of my favorite dishes. I like cloves, which is why I added more than normal, but not everyone does, so you may want to cut back a little if you’re not sure. The heat definitely builds on this one – so keep that in mind if you are sensitive to spicy food.

I didn’t measure anything – so any spices in bold, I used GENEROUS amounts of. I apologize in advance if some of the pictures aren’t as nice as usual…I usually don’t photograph the cooking process (because I’m busy focusing on cooking), and didn’t have special lights to set up over the kitchen while dodging tomato splatter ha! 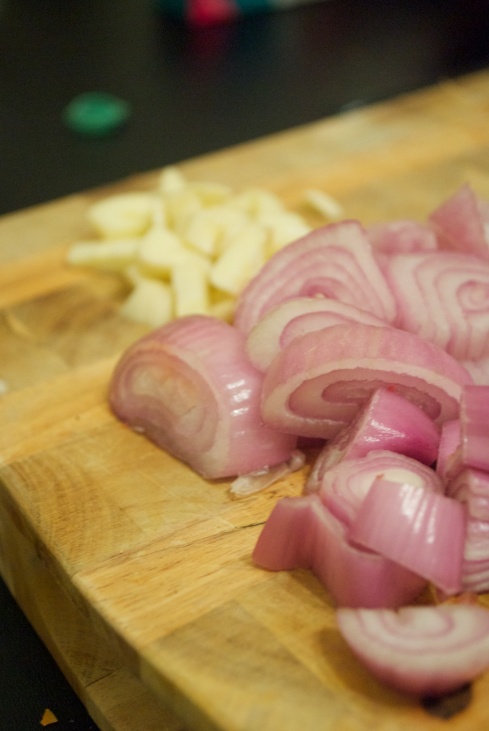 Using a kitchen scissors cut the chicken I to cubes or chunks and cook for a minute or two before adding the garlic and onion. Then throw them in and stir. 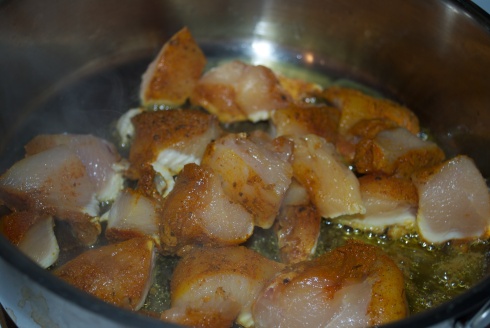 After a minute add the sweet potato and stir. 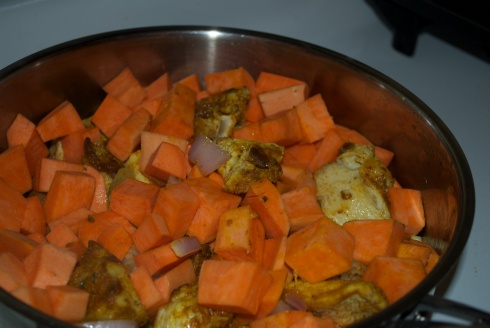 After a few minutes add the canned crushed tomato (28oz Cento brand) and coconut milk (Trader Joe’s) and stir. Cover and simmer for 5 minutes, stirring once or twice

Add more of the spices you used earlier and 2 bay leaves, cover and let simmer. After it starts simmering hard, turn the heat down to medium – add a little lime juice.

Chop and add 2 stalks of celery and 2 cups (or 5 handfuls) frozen sliced okra.

Cover and continue to simmer and occasionally stir for 20 or so minutes until it starts to thicken as the sweet potatoes soften.